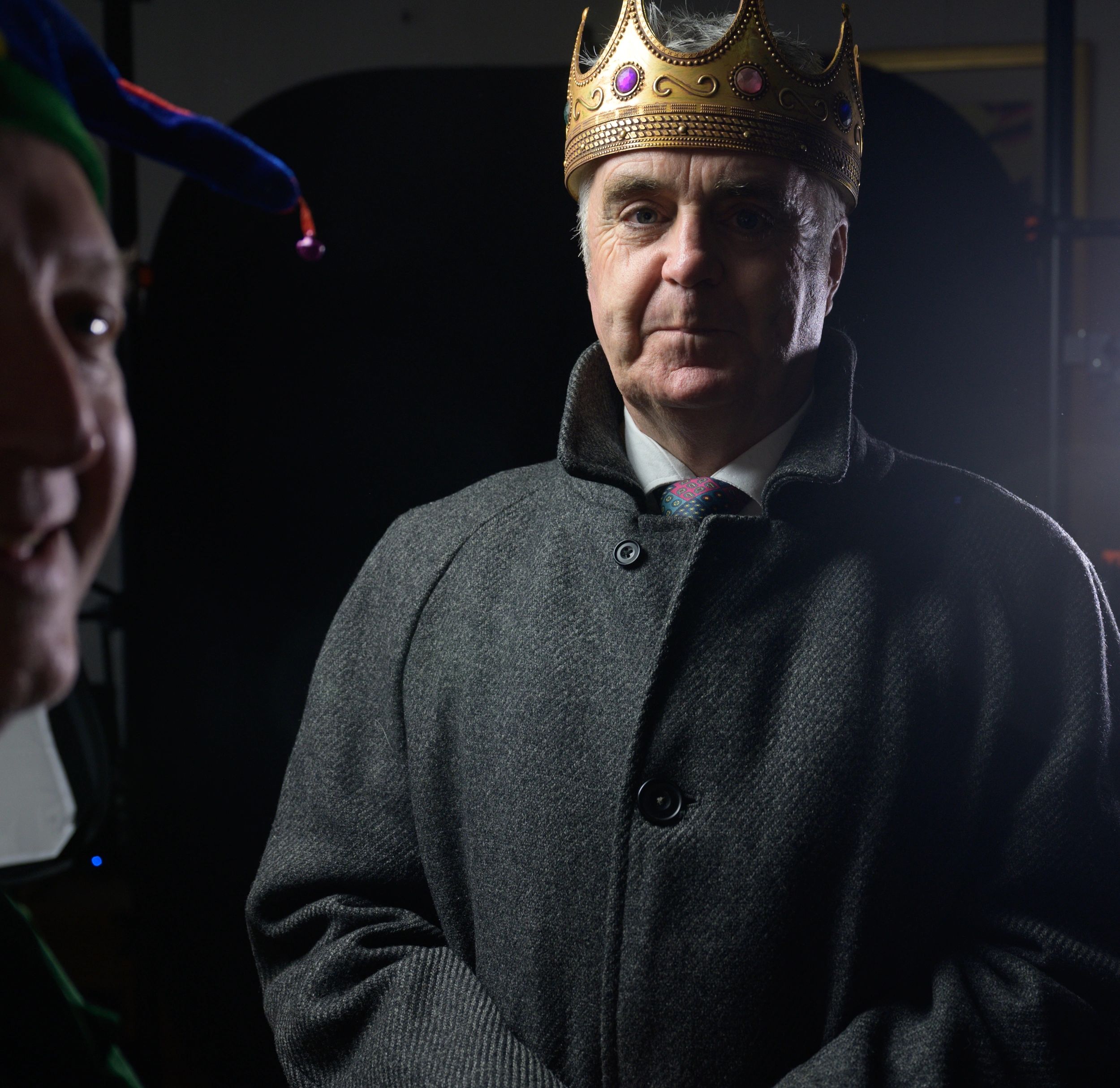 It's a bloody tragedy

Two old fools in Limbo. One wants to go out, the other wants to stay in. King Hamlet and Yorick, in isolation, plan a return to the world they left.

Only Yorick can stop dead King Hamlet destroying everything and everyone he loves. But he’s a fool.

It's not a question of whether to be or not to be. It's about how not to be. It’s about love, and loss, and legacy and letting go.

And hats. Hats are important.

It’s a battle of wits between two fools - and only one of them knows he’s a fool.

Waiting For Hamlet is a comedy about a tragedy, and a love letter to the greatest play ever written.

Waiting (a bit longer) For Hamlet

Like everyone else we're waiting in the wings, with hopes of a return to the stage later in the year.

Waiting for Hamlet won its writer David Visick the International Kenneth Branagh New Drama Writing Award in 2018. The judges described it as “born from a love of the source material and an equal love of Stoppard-esque wordplay,” and “very clever, funny and skillfully written.”

It was first performed at the Windsor Fringe in October 2018 and is presented this year as an extended 50-minute one-act two-hander.

Waiting for Hamlet Part II (the sequel to the prequel) is being prepared for performances in 2021. It continues the adventures of the King and the Fool as they observe and take part in the action in Shakespeare's Hamlet. Its cast of six play all the characters from the original.

The premiere performance of both parts together is planned for later this year.

David grew up in Eastbourne. He has worked as a teacher, a journalist and a communications director and has written two books, Farrow and Ball will be Named in our Divorce and Vanity Mirror. For ten years he wrote a blog, My Homework Ate the Dog, and won the Word Magazine Blog of The Year award in 2012. Waiting for Hamlet, which won the 2018 International Kenneth Branagh New Drama Writing Award at the Windsor Fringe, was his first play. He’s since written three more, A Play on Words, Absolutely Everything and The Leavers.